Hongguang MINI EV's global road is the beginning of China's electric car expedition, or is it just confined to a trade event?

The Shanghai Auto Show is about to end. The impressive new cars or events are still vivid, but compared to the huge sensation caused by Tesla's rights defense, from BBA to traditional overseas brands led by Toyota, Honda and Ford, and even Krypton, The wave of electrification triggered by the new generation of car companies such as Euler has overwhelmed one wave after another.

And just as Mercedes-Benz used EQS to continuously instill "what is the luxury of the pure electric age" to the outside world, the Wuling Hongguang MINI EV convertible version next door is not only making countless fans in its own way. According to foreign media, the Hongguang MINI EV convertible version will be imported and assembled in Lithuania, and will be renamed Freze Froggy EV, which will be sold at a price of about 20,000 Euros (approximately RMB 156,100).

Although as early as early April, foreign media reported that the common Hongguang MINI EV will be assembled by European car manufacturer Dartz and Nikrob, importing parts from China, or will be unveiled in Lithuania under the name "Freze Nikrob EV" , And plans to enter the entire European market. And after the addition of vehicle safety equipment, the price range came to 9,999 euros (approximately RMB 77,900) to 14,999 euros (approximately RMB 116,900).

But with the news that the MINI EV convertible will also enter Europe this time, it is undoubtedly obvious that Hongguang MINI EV has won the European market's recognition regardless of the previous attitude towards the car's entry into Europe.

According to information disclosed by the European Automobile Manufacturers' Association (European Automobile Manufacturers' Association), due to the implementation of new emission regulations at the end of last year, in the first quarter of 2021, pure electric vehicles and plug-in hybrid vehicles accounted for the percentage of new car sales in Europe Compared to the same period last year, it has almost doubled, and it has surged to about 15%. Among them, Western Europe alone not only achieved 447,000 new energy vehicle sales, but also sold 199,000 pure electric vehicles, a year-on-year increase of 56%.

In other words, in view of the current demand for electric vehicles throughout Europe, the Hongguang MINI EV that chooses to settle here at this time may get a new increase. Although Hongguang MINI EV became popular immediately after its launch in July 2020 and surpassed Tesla's "Model 3" in sales of pure electric vehicles in the first quarter of this year, if it can enter the European market, this will undoubtedly be Wuling and its parent company SAIC. The result that GM Wuling most hopes to see.

You should know that in 2020, the sales of new energy passenger vehicles in Europe will surpass China in 2020 and become the largest electric vehicle market. According to statistics from JATO, an automobile data analysis agency, the number of electric car registrations in Europe last year was 733,400, a year-on-year increase of 106%, accounting for 6.2% of the total European car sales. The reason why Wuling has this opportunity to enter Europe is inseparable from the demand for pure electric vehicles throughout Europe.

Throughout 2020, the top five sales of pure electric vehicles in Europe are Renault ZOE, Tesla Model 3, Volkswagen ID.3, Hyundai KONA EV and Audi e-Tron. In other words, compared to the popular Tesla Model 3 and Volkswagen ID.3, Renault ZOE, which is an A0-class scooter, has become a European people's car. Its annual cumulative sales of 99,261 vehicles increased by 118% year-on-year. 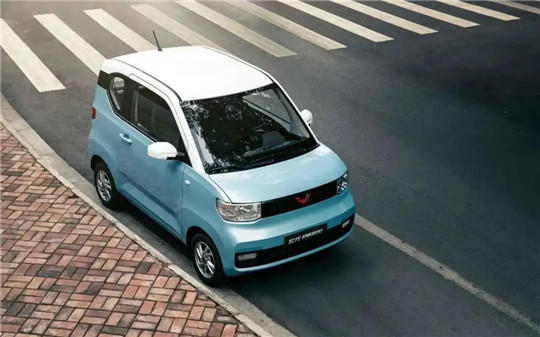 You can say that Wuling Macro MINI EV in China is just a miniature scooter to replace "old head music". It is almost useless in terms of configuration, safety, and handling, but it is the only remaining advantage that has become the car. The reason for being a European car company.

Regarding this point, the European analysis agency LMC Automotive of the United Kingdom also stated that when Chinese pure electric vehicles such as Wuling Hongguang MINI EV, compared with reliability and configuration levels, they have established advantages in terms of price, coverage and practicality. It is not impossible to succeed in overseas markets. Of course, if you think this is just a case, then reality can also tell you that this is still wrong.

In addition to Sagawa Express, a subsidiary of Japanese express logistics company SG Holdings, recently decided to purchase 7,200 small commercial pure electric vehicles from China’s Guangxi Automobile Group as a case of domestic distribution vehicles, and even Great Wall Motors is also renewing its plans. Overseas sales of the Euler Black Cat also stated that "I hope to enter 30 countries and sell 1 million vehicles by 2023." 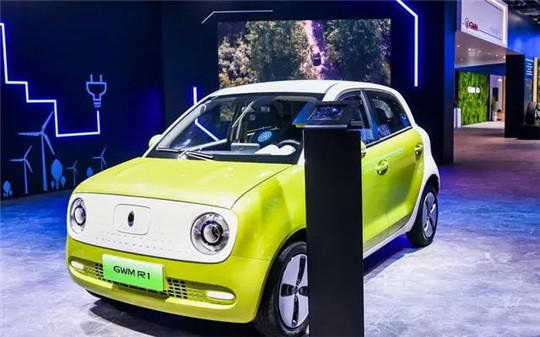 In fact, at the Delhi Auto Show in February last year, Great Wall EV as an independent new energy brand will enter the Indian market and bring two pure electric models, R1 and iiQ. Although India has been deeply caught in the vortex of the new crown epidemic since then, Great Wall’s electrification strategy in India has been affected, but whether China’s low-cost electric vehicles can win the recognition of the global market has been decided so far.

It is undeniable that deduced from the current environment, the future development of the global electric vehicle market will largely depend on the new crown epidemic and macroeconomic trends, but the market share of pure electric vehicles will increase to 6-7 in 2021. %, the speculation that it will gradually increase to two digits in 2022 is still firmly believed by the industry. Under such a premise, from design, research and development, to procurement, production, and even the final sales end, domestic pure electric vehicles with a dominant cost structure, with the help of the east wind of the times, are bound to gain a share of the global market. And such trade activities as Hongguang MINI EV entering the Lithuanian market are just a microcosm of exposing this trend.