The market and public opinion once held you high, and then you may fall as badly as possible. On April 19th, the Shanghai Auto Show Tesla car owners car roof rights protection incident was raging, and this storm is still going on.

On the evening of April 25, the owner of the car in question posted on Weibo that Tesla had never actively communicated with it, let alone actively resolved the matter. In response to the data released by Tesla on the 22nd, she also raised her own doubts, saying that it was not the original data of her vehicle.

Judging from the current information, the rights defending car owner and Tesla still have their own opinions on many details. But no matter whether there is a subsequent reversal or not, Tesla is experiencing the most serious public relations crisis since entering China, and this is unavoidably reminiscent of the "explosive door" incident of Samsung mobile phones.

In the Chinese market, Tesla and Samsung are both foreign brands. They also enjoyed large-scale growth dividends in the early stages of the industry's development, and they also encountered or are experiencing a cliff-like decline in reputation. What should Tesla learn from Samsung's decline?

In the rapid development of new energy vehicles in the past few years, Tesla has been a leader in both product and technology. If you insist on comparing it with the mobile phone industry, Tesla is like Apple, which led the industry in the era of smartphones, and its market share is comparable to that of Samsung's mobile phones in China at its peak.

As a star company in the field of electric vehicles, with the halo of CEO Elon Musk, Tesla can be regarded as a company living in the spotlight. Any news about it, whether positive or negative, can become a frequent visitor to the hot search lists of major news platforms.

On April 22, 2014, Musk came to China for the first time. The first batch of Chinese users formally took over the Model S car keys from him. Since then, Tesla has started the journey of subverting the traditional automobile industry in China. 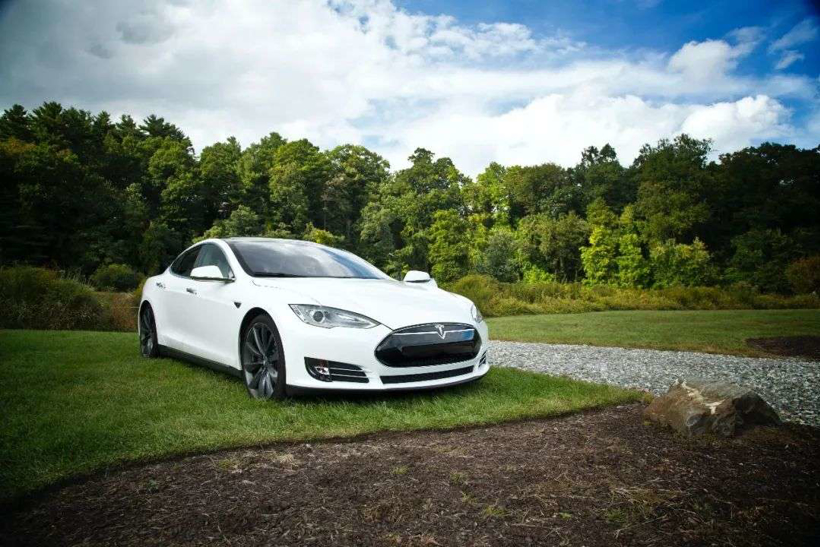 The product strategy set by Tesla earlier is a model that is similar to an "inverted pyramid", from high to low, from the early electric sports car Roadster, to the later high-end sedan Model S and large SUV Model X. The benchmark in the field of high-end electric vehicles, in the eyes of many people, Tesla's products are equivalent to high-end electric vehicles, which also laid the foundation for the subsequent hot sales of Model 3 and Model Y, because the minds of users have been firmly occupied.

However, with the increasing sales of Tesla products, the problems exposed are also increasing day by day. And because of the halo effect, any information about this company may be amplified.

After the Shanghai Auto Show rights protection incident, on April 25, a Tesla car collided with a two-wheeled electric vehicle in Siming District, Xiamen City. The cause is not clear; on April 23, Guangzhou Nansha Port Rapid Traffic Controlled large trucks and Tesla, several Tesla vehicles were suspected to be stopped by road management personnel, once again making them the target of crowds of fire.

In fact, there are a large number of traffic accidents occurring every day across China, but it is an undeniable fact that Tesla has received much more attention after the accident than other car brands. Because of this, the way a company handles problems under the public relations crisis is also related to how far the brand can go in the Chinese market in the future.

As the crisis spread, the response of Tao Lin, Tesla's vice president of external affairs, became a target of public criticism. "Recent negative news is all contributed by her", "We can't compromise", "Tesla has no public relations fees and no resources for the media", etc. These expressions not only stand on the opposite side of the media, but also anger the masses of onlookers. 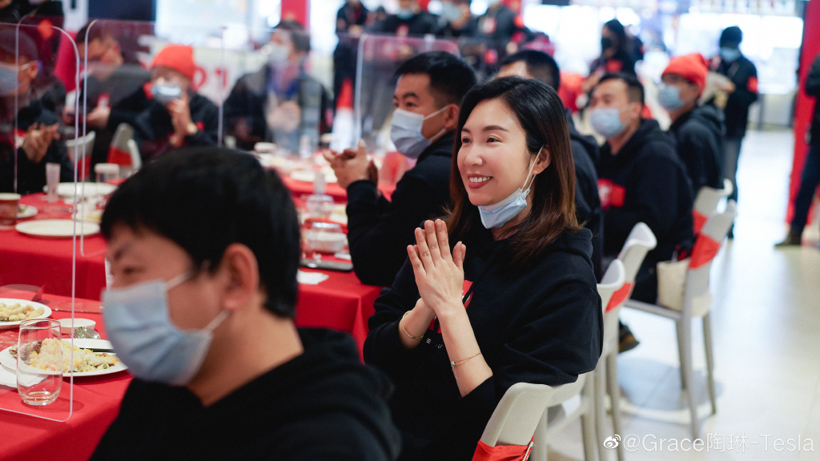 Subsequently, Tesla’s official Weibo released an official response, which mentioned: “We are always willing to cooperate fully with the national third-party authority’s all-round testing”, “At the same time, we need to explain that we will not respond to unreasonable demands. Compromise is also our attitude."

The strong response of Tesla executives caused a strong backlash in public opinion, and many official media also stopped to speak out. Xinhua News Agency commented: Who gave Tesla the confidence to "not compromise"? The Central Political and Legal Committee made a comment: What is the responsibility? Where are you responsible? Regardless of compromise, Tesla must face the torture of Chinese customers. Under pressure, Tesla only issued an apology on the evening of April 20th and said that it had set up a special team to sincerely solve the problem.

Like Samsung, which experienced the "Blast Door" incident, Tesla’s reputation has continued to decline after the influence of public opinion. It is our duty to cooperate with relevant departments to investigate the truth of the accident, and it is an unavoidable responsibility to treat consumers’ demands seriously. .

New energy vehicles are an important track in the national strategic layout. One of the purposes of introducing Tesla is to let this catfish stir and activate the Chinese automobile industry and market, thereby driving the development of the entire new energy industry chain. To date, this goal has been achieved more than half.

In China, there are countless followers of Tesla, whether it is new car power or traditional car companies, they all regard Tesla as an important reference for research and benchmarking. In the face of Tesla's sales volume in China, many models such as BYD Han EV and Xiaopeng P7 will even directly refer to Model 3 in pricing.

But the affirmation of the market and the pursuit of users should not become Tesla's arrogant capital.

Recalling Samsung's development in China at that time, the "Blast Door" of Galaxy Note 7 happened in 2016. But before that, Samsung’s smartphone share in the Chinese market had begun to decline continuously. At its peak, it exceeded 20%, but only 7.6% remained in 2015. Now it is already less than 1%. It is classified in the domestic mobile phone sales list. Enter "Others".

Based on the background, the "explosive door" is not the reason for the collapse of Samsung's smartphones in the Chinese market. At best, it can only be seen as the last straw to crush the camel. The more fundamental reason lies in the rise of local Chinese smartphone brands. Samsung has ushered in a group of powerful competitors such as Huawei, Xiaomi, OPPO, and Vivo.

Although looking at the global mobile phone market, Samsung is still the brand with the highest market share, but if you only look at the Chinese market, Samsung’s products are very substitutable. Chinese smartphones have achieved the world’s leading position in many core technologies, no matter in terms of cost performance. Still from the product function itself, Samsung does not have much competitiveness.

Today's new energy vehicle field is very much like the smart phone industry a few years ago. With more and more capital pouring into the upstream and downstream of the industrial chain, the field of new energy vehicles is becoming more and more standardized, the competition is open resource integration capabilities and user experience and response speed.

At the same time, China’s overall R&D strength is also making leaps in the key technologies of smart cars, such as autonomous driving, artificial intelligence, and battery technology. Only China, the world’s top five battery manufacturers, has two seats. In addition, China has the world. The most complete manufacturing supply chain system in the world.

After the catfish Tesla entered China, domestic competition became more intense at a speed visible to the naked eye. During the current Shanghai Auto Show, new energy products including Weilai ET7, SAIC Zhiji L7, Xiaopeng P5, Jikrypton 001 and other new energy products are coming. Although the brand recognition is still inferior to Tesla, the price And product power has allowed consumers to see changes. 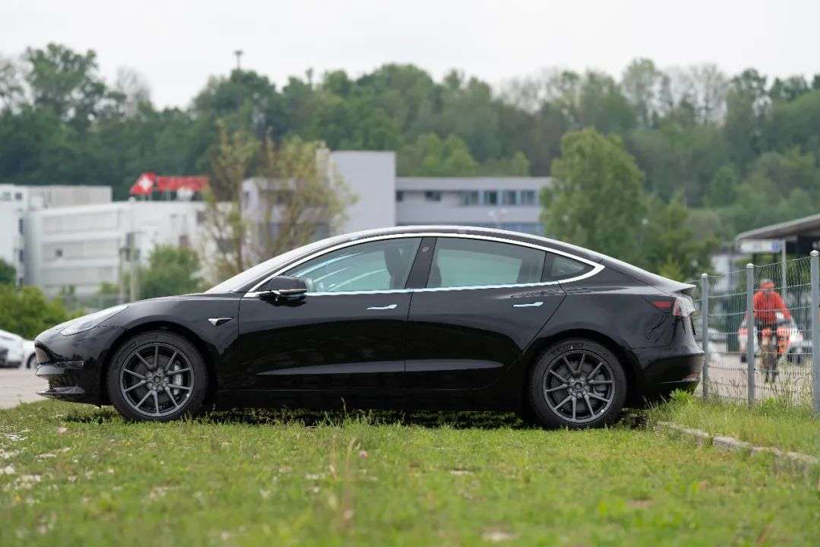 At this stage, Tesla’s product strength is still the first echelon in the field of new energy vehicles, and the new energy market is still growing rapidly. The emergence of rights protection incidents at the Shanghai Auto Show may disrupt Tesla's growth momentum in the short term, but in the long term it will not necessarily cause a fatal blow to Tesla.

Learning from the changes that have taken place in the smartphone industry, it is the emerging domestic brands that may really sound the alarm for Tesla. Tesla's next market situation in China depends first on its attitude and ability to deal with this crisis, and more importantly, on the assurance of product quality. Does such frequent brake failure mean product problems? Tesla Need to give a clear explanation.

After all, industry dividends will gradually disappear over time. In terms of brand potential, latecomers can also slowly accumulate. The future new energy vehicle market will be the era of real swordsmanship. If other car companies' products gradually surpass in terms of cost performance and product strength, Tesla will most likely face the risk of market share being squeezed.