Shanghai has become the "lifeblood" of new energy car companies

This city, known as the "Magic Capital", is its biggest ambition to fully promote the pure electricity and private new energy markets. Because of this, Shanghai will also become the "lifeblood" for many brands to achieve quantitative changes.

"In this era, the city of Shanghai has already become the main position that all new energy car companies must strive for."

At this moment, this sentence is quite appropriate to describe the current situation of the entire automotive industry. On April 27th, Beijing time, Weilai officials learned that its 20,000th new car was officially delivered to users. And just 20 days ago, in its Hefei manufacturing base, the 100,000 new car has just completed the off-line ceremony. In other words, the Shanghai area's contribution has reached nearly one-fifth during the delivery cycle of this new car. 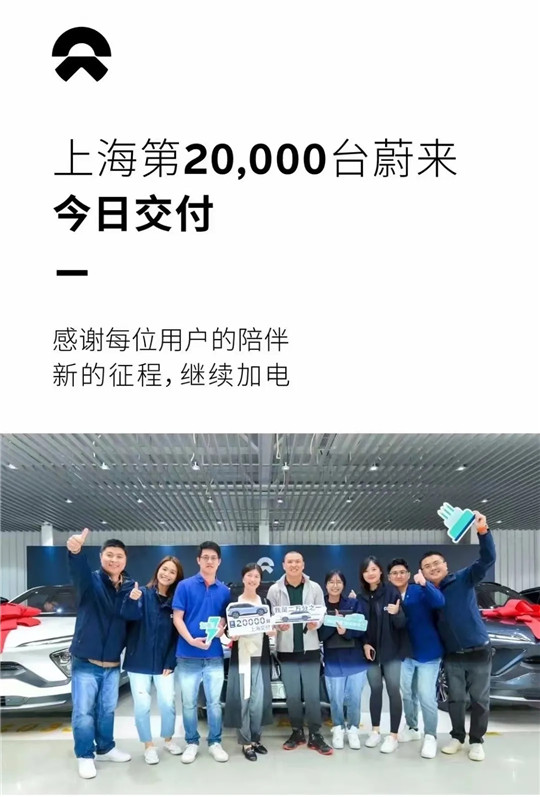 At the same time, at the beginning of March, according to Weilai’s official "Shanghai Luxury SUV Insurance Number in January 2021", Weilai had a total of 2,350 new insurance vehicles, ranking first, and successfully surpassed the second, third, and third place. Four Mercedes-Benz, BMW, and Audi, the three have insurance numbers of 2,357, 2,160, and 1,273 respectively.

Putting aside the halo of the Weilai brand itself, as far as the status quo is concerned, the huge new energy terminal demand in the city of Shanghai can indeed help a car company to achieve a large degree of quantitative change. At the moment, the subtext of "He who wins Shanghai will win the world" has become more and more rich in gold.

On the other hand, Tesla, which has just “taken away” too much traffic attention at the Shanghai Auto Show, has understood the truth well since the first domestically produced Model 3 rolled off the assembly line on January 7 last year and has enjoyed the benefits of Shanghai. Market dividends. With reference to the previous month's sales volume announced by the Passenger Association, Tesla sold 35,478 vehicles, which once again set a record for the highest single-month sales in China.

It is foreseeable that, referring to the monthly average performance of the past year, the sales support provided by the Shanghai area alone may have reached about 30%. After visiting some of Tesla's offline stores recently, it was discovered that the public opinion crisis did not have much impact on its sales in the short term.

According to its store staff, “The current delivery cycle for ordering domestic Model 3 standard battery life and performance models is still about 6 weeks. If you choose domestic Model Y, you will have to wait more than two months.” 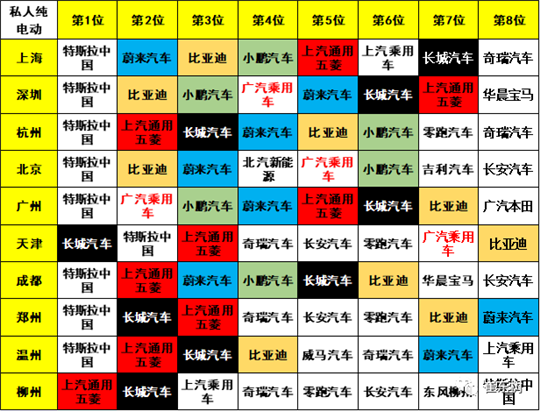 From the specific statistics given by Cui Dongshu, Secretary-General of the Travel Association, Tesla, Weilai, BYD, and Xiaopeng are ranked in the top four in Shanghai's private electric vehicle sales list. A horizontal comparison is not difficult to find that the main sales models of the above four brands currently have certain advantages in terms of intelligence, assisted driving, cruising range, and convenience for replenishing energy, and they have become the main reason for users to favor them. .

At the same time, represented by Wuling Hongguang MINIEV, the successful "ice-breaking" of the A00-class pure electric car once again proves the huge potential contained in this regional market. Since last year, the continuous promulgation of favorable policies on pure electric vehicles has also directly contributed to the current blowout development of the terminal market. Shanghai has a tendency to become a "new energy capital".

On February 10, 2021, Beijing time, a new round of "Implementation Measures of Shanghai Municipality on Encouraging the Purchase and Use of New Energy Vehicles" was officially announced and will be implemented on March 1. Compared with the 2018 version, the main changes are concentrated in that, starting from January 2023, plug-in hybrid (including extended range) vehicles will no longer be issued with special license quotas, and pure electric models will remain unchanged. In other words, in the next few years, new energy car companies that bet on pure electric technology routes will continue to enjoy the bonus of free license plates. 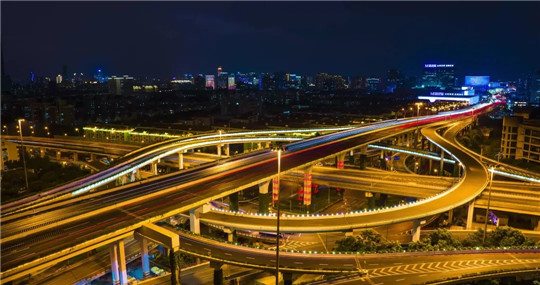 As everyone knows, two weeks later, the Shanghai Municipal Government Information Office held a press conference again, clarifying the demands of “strive to build a new energy vehicle development highland with global influence”. At the same time, the latest "Shanghai Municipality’s Implementation Plan for Accelerating the Development of the New Energy Automobile Industry (2021-2025)" has even planned out a concrete and clear future for Shanghai.

According to the "Implementation Plan", by 2025, Shanghai aims to achieve an annual output of more than 1.2 million local new energy vehicles, and the output value of new energy vehicles exceeds 350 billion yuan, accounting for more than 35% of the city's automobile manufacturing output value. The official announcement of the plan can be said to inject another "cardiotonic agent" into the entire Shanghai new energy market.

Driven by this, positive signals not only appear in the terminal market, but many car companies have also entered a stage of relatively benign competition. Recently, Li Xiang, the founder of Ideal Motors, announced on his personal social platform: “Our Shanghai R&D headquarters is almost ready: Yutian Building. Address: No. 111, Yutian South Road, Anting Town, Jiading District. Transportation: Metro Line 11 SAIC Motor The city station is a 10-minute walk away. It can be settled at the end of this month and can accommodate 2000 people as a whole. Welcome all technical experts to join the ideal car. See you in Shanghai." 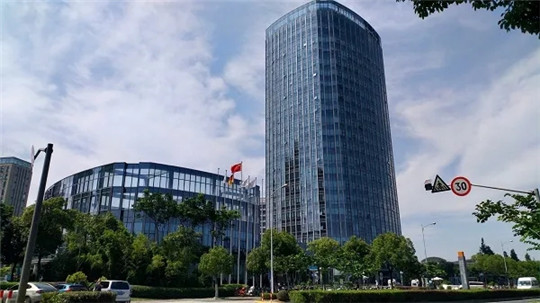 With the completion of the R&D headquarters, according to incomplete statistics, in addition to ideals, Shanghai has now gathered many new energy companies such as Tesla, Weilai, Weimar, Tianji, Aichi, Zhiji, SAIC R, and Chinese Express. And there will be a steady stream of new entrants joining. Right now, a "battle" involving talents, resources, products, technical reserves, and services has quietly begun.

This city, known as the "Magic Capital", is its biggest ambition to fully promote the pure electricity and private new energy market. Because of this, Shanghai will also become the "lifeblood" for many brands to achieve quantitative changes.